Theo Fennell is probably Britain’s best known jewellery and silver designer. Theo’s style is inspired by the ancient and classic as well as the new and revolutionary; he uses both traditional skills and the most cutting edge techniques. As well as creating pieces of stunning beauty he is also an innovator who stretches the boundaries of his craft, pioneering new settings, exploring unusual themes, using gems of exceptional colour and quality in dramatic ways. The first perfume of the brand was introduced in 2006. Theo Fennell's fragrance line is produced under licensing arrangements with the European Designer Productions company. European Designer Productions plc (EDP) was established in 2002 to develop fragrances for cutting-edge European fashion and lifestyle designers. EDP is owned and managed by the founders of Fragrance Factory Ltd, one of the fastest growing fragrance distribution companies in the UK. Designer Theo Fennell has only one perfume in our fragrance encyclopedia from year 2006.
Read more
Perfume for women
Sort 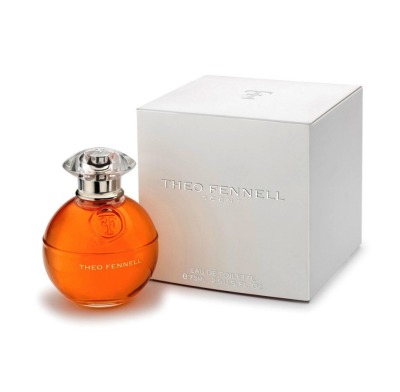