Gian Marco Venturi is Italian fashion designer born in 1955 in Florence, Italy. He was educated at the Istituto Tessile Butti in Prato where he acquired a degree in economics and commerce from Florence University. He entered the fashion business in1974 and started working with some of the most popular Italian companies such as Domitilla, Lebole and Erreuno. Graziella Ronchi hired Venturi in 1979 to design for her Erreuno collections. He was in charge of developing and establishing the soft, neutral look combined with architectural correctness which later became trademark of the company. He established his own label ready-to-wear in 1979, Milan; under which he launched leather goods, accessories, men's jeans and sportswear, ladies' jeans and sportswear, activewear and lingerie lines. Venturi has also produced lines of leather garments, jeans, casual clothing, sportswear, and perfume, all marked by the label Gian Marco Venturi Made in Italy in black on a white ground. Even though the company started their business in Florence they moved in 1983 and began designing from on the prestigious Via della Spiga in Milan. Venturi is best known for women's ready-to-wear, which has always been stylish and expensive—sexy, sometimes suggestive, sometimes blatant or tarty. His first collection that caught a lot of attention was his autumn-winter 1989-90 collection. The line is characterized with masculine, black snakeskin jackets, black trousers and sweater, highlighted with a white shirt collar, crowned with black snakeskin gloves and dark glasses. The next crucial collection was spring-summer 1993. It featured hipster chain mail belts over skirts and tabards in a red, white, and blue color palette. The look was a fun, dynamic, swingy look suggesting a star or opera diva. Venturi's menswear is usually classic and traditional, with a bit of ornamentation at times. The clothes are produced in seasonal colors of such fabrics as linens, flannels, and gabardines. The most important awards Venturi received are The Oner Best Designer award, Milan, 1983; Catherine de Medici Perfume award (for best selling men's aftershave), Milan, 1986. Designer GianMarco Venturi has 12 perfumes in our fragrance base. The earliest edition was created in 1997 and the newest is from 2015. The nose who worked on the fragrances is Gilles Romey.
Read more
Perfume for man
Sort 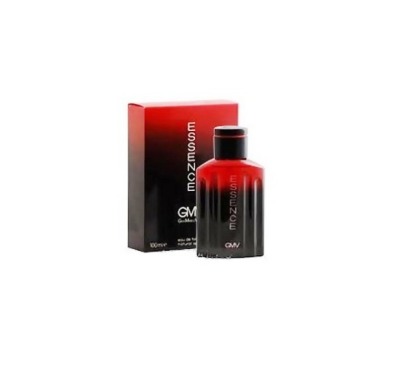