Elizabeth Taylor was a British-American actress whose film career spanned nearly sixty years. Famous for her beauty, her talent and her turbulent personal life which included a long list of husbands, Taylor made her film debut at age nine. Film-goers worldwide watched this lovely child with the legendary violet eyes grow up. She successfully transitioned to adult roles which would earn praise and recognition, including two Academy Awards and four Golden Globes over her lifetime. Elizabeth Taylor was also a fashion icon with a passion for fine jewelry, which served as inspiration for the perfume line she would launch with Elizabeth Arden. The first fragrance in the line, women's scent Passion, debuted in 1987. The men's companion Passion scent was launched in 1989. In 1991, the enduring best-seller White Diamonds was introduced. Other gem-inspired fragrances followed, including the Fragrant Jewels collection—Diamonds and Emeralds, Diamonds and Rubies, Diamonds and Saphhires—which came on the market in 1993. A tribute to Taylor's unique and celebrated eye color—Violet Eyes—is the newest fragrance in the line, and the last scent introduced before Taylor's death in 2011. Designer Elizabeth Taylor has 13 perfumes in our fragrance base. The earliest edition was created in 1988 and the newest is from 2014. Elizabeth Taylor fragrances were made in collaboration with perfumers Sophia Grojsman and Carlos Benaim.
Read more
Perfume for women
Sort 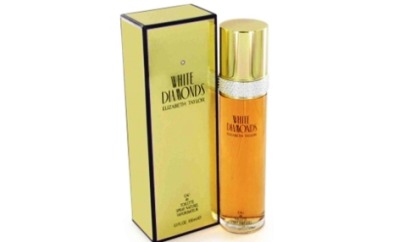