Celine Dion is an international pop star originally from Canada. Dion has earned praise and music industry accolades from around the world, including Grammy Awards in the United States, Juno and Felix Awards in Canada, and World Music Awards in Europe. Dion's career began at the tender age of 12 and she has grown from a child star to an international adult pop star before the world's eyes. Dion was born in the small town of Charlemagne, in Montreal, Quebec, Canada), and was the youngest of 14 children. Both parents were musicians and music was important to the family. Her parents operated a small club and the entire family performed and entertained the local population on weekends. Dion's career as an entertainer began at the tender age of five, and by age twelve, together with her mother and one of her brothers, Celine composed a song which would change the course of her life. A demo tape containing the song was brought to the attention of René Angélil, a well respected personal manager who would later become Dion's husband. Recognizing a star in the making with an incredible voice, Angélil mortgaged his house to finance the recording of Celine Dion's debut album. Dion would go on to win the 1982 Gold Medal at the Yamaha World Song Festival in Tokyo, along with the coveted Musician's Award for Top Performer. In 1983, she became the first Canadian ever to receive a Gold Record in France. By 1988, she had established a successful career as a French-language singer, but it was 1990's breakthrough album in English, "Unison," with its Top 5 single "Where Does My Heart Beat Now" that put her on the map for international stardom. Her 1992 recording of the theme song to Disney film "Beauty and the Beast," a duet with Peabo Bryson, won the Academy Award for Best Performance by a Duo or Pop Group. Dion continued her streak of successful recordings in both French and English, reaching a new pinnacle with her 1997 recording of the theme for the film Titanic, "My Heart Will Go On," which was featured on both the film's soundtrack and Dion's album Let's Talk About Love. Both albums sold more than 27 million copies each, and the single won four Grammy's, the Academy Award and a Golden Globe. Dion took time off for family in the early part of the 21st century, but has continued her career with a lengthy set of shows in Las Vegas, a successful world tour and subsequent concert film, and continues to be one of the most popular recording and concert artists in both English and French in the 21st century. Celine Dion partners with Coty to produce her line of fragrances. Her first fragrance, Celine, was launched in 2003. Designer Celine Dion has 16 perfumes in our fragrance base. The earliest edition was created in 2005 and the newest is from 2014. Celine Dion fragrances were made in collaboration with perfumers Christophe Raynaud, Patricia Bilodeau, Jean-Pierre Bethouart, Jean-Claude Delville, Patricia Choux, James Krivda, Karine Dubreuil, Harry Fremont, Maurice Roucel, Ilias Ermenidis, Claude Dir and Richard Herpin.
Read more
Perfume for women
Sort 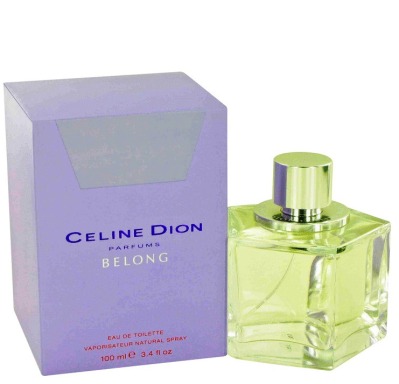